It's been an awkward couple of weeks for reviews - in that my three-month-old Kindle died, pesky thing! So a couple of books slipped down the review list until I have a replacement, and a couple moved on up - including one classic book, Kurt Vonnegut's Slaughterhouse Five, which I'd never read before. It rounds out this week's review roster below. Do I think it deserves its classic status? Read on...

The Aberration, by Bard Constantine 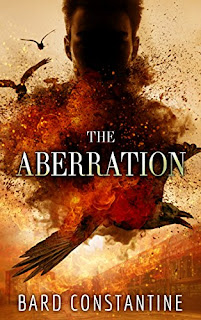 One of the things I really enjoy about Stephen King's writing is his sense of place. He paints his location well - from the horror-filled neighbourhoods of Castle Rock to the mist-shrouded supermarket surrounded by creatures from another dimension. Bard Constantine captures that same sense with this novella, in which the inhabitants of a flour mill find themselves trapped by supernatural beings out for their blood.
Their only hope is one of their colleagues, who is more than he seems, and whose returning memory of years of facing the Others may be their only chance of survival.
This is a cracking read, a tight thrill-ride that leaves you wanting more. The style of writing is more Koontz than King, though, with the kind of gooey bloodbath that compares to the gruesome fates in Phantoms and more.
It is a novella - so on the short side, we don't get to dwell too long with these characters here, which is really the only shame. Other Bard Constantine books return to this world, though, so consider it a taste of the setting that leaves you licking your fingers and wanting more. 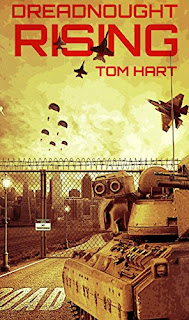 Indie fiction can be great. This year, I've read so many books that I would never have discovered if I had just limited myself to mainstream publishing. However, there remains a stigma in the eyes of some readers - and this book, sadly, is an example of why. Dreadnought Rising desperately needed better editing before it was released. There are typos and grammar problems every other page - sometimes every other paragraph - but more than that, there are structural problems with the shape of the story that a good editor could have assisted with.
There is a story in there - it's a tale in which China invades Australia while the US stands by impotent, held at bay by the threat of an alien earthquake machine in the hands of the Chinese - while in deep space, power brokers in alien civilisations make their own moves. But the way it is written strains credibility. The whole process of how the Chinese got hold of the device is related in a chapters-long conversation between an Australian and a US ambassador, for example, during which the Australian is also told of earthquakes that shattered parts of Africa and Cuba that somehow he knew nothing about, and a concerted US attack on China negated by alien technology that, again, the senior figure in Australian government had no clue had taken place.
Elsewhere, the conflict with Australia is on one hand dismissed as a minor concern by the Chinese leaders with minimal casualties then we're told of multiple ships sunk by a single submarine. Meanwhile, armed Chinese soldiers somehow miss an unarmed character at close range who overwhelms them by running at them. In short, it's a bit of a mess.
What really put me off most of all though was the way in which the female characters seemed to be little more than adornments or sex objects. The moment during a firefight when one SAS soldier admires how sexy his female comrade looks in her leather pants and firing her little Uzi was a particular low point.
Could the book have been saved by proper editing? Perhaps - but given the way it treats most of its female characters, I'm not sure it deserves to be saved. 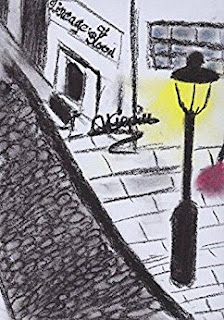 Lineage: Of Blood, by CH Clepitt

I'm a fan of CH Clepitt's short fiction series - particularly her Crew Chronicles, and her Lineage series is a fairly new addition to her repertoire. It's a story of vampires but in a modern-day landscape of gangs, drugs and abusive relationships. Emma is our central character, met in the opening story Lineage, as she discovers her new vampire family. Of Blood takes that story on, as that family sets about finding a new home, and revealing some of the background that brought the characters to where they are now.
There's a real sense of a family forming here, and people beginning to offer trust as they get to know one another, even when such trust has been broken before. I suspect this piece is more a step in the journey than the major goal of the series itself - so I'm looking forward to where we go next.
By the way, I'm not keen on the cover personally - but it is very much a characteristic of the author's work. Give the Look Inside feature a peek, her writing is worth it.

Lineage: Of Blood is available here. 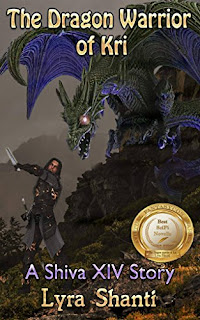 The Dragon Warrior of Kri, by Lyra Shanti

This novella is a slice of life from Lyra Shanti's Shiva XIV saga. I've not read that - but this stands alone on its own merit regardless, introducing us to a younger version of the character Meddhi from that series, at a time of his life when he is forging his reputation as a warrior.
It's a quick read - and fun too, as Meddhi is forced to make choices that set him on his path. The way it ends feels like a good launch pad for the later books too, making you want to turn the page and find out what's next. I guess I'd best get started on the whole saga!

The Dragon Warrior of Kri is available here. 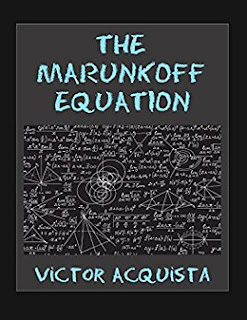 The Marunkoff Equation, by Victor Acquista

Hopping on a bus to town or grabbing a coffee and wanting a quick read? This neat little literary puzzle will do the trick. An experiment by the titular Marunkoff has unexpected results - and scientists in a different time set about working out what happened. I can't say too much without giving things away, after all it is a rather short story, but it unfolds delightfully.

The Marunkoff Equation is available here. 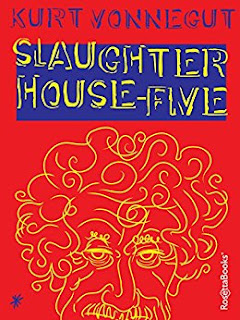 It's a long-famed classic, but somehow I'd never picked Slaughterhouse Five up to read before - nor had I seen the movie. As one of those gaps in my reading, I was keen to see what the fuss was about, and a chance find of the paperback in a local shop sealed the deal.
Slaughterhouse Five defies the usual structure of writing, following the story of Billy Pilgrim - and in part the author too - as he comes unstuck in time. While the author treads to tell the tale of the bombing of Dresden in World War Two, Pilgrim's story zigzags through time, sometimes finding himself on the fields of war, sometimes finding himself as a caged exhibit in a distant alien zoo, sometimes experiencing the mundane parts of his life as an optometrist. It's like the author has taken three decks of cards - one for each of those parts of Pilgrim's story - and riffle shuffled them into one stack.
There's wry humour here alongside the horror of the war as Pilgrim meets all kinds of people, many of whom are not long for this world, and each death in the book capped off with the words "So it goes". It's remarkable how laconic the narrative is as it deals with such nightmares, but it still hits home.
I'm not sure what expectations I had when I picked this book up - but it certainly exceeded them. I might have wished for more in the alien aspects of the story, as they in some ways feel rather whimsical and not explored as much as they could be, but that's a minor complaint. It's a smashing book, and one that opens your eyes to the realities of war in ways you might not anticipate. It deserves its status as a classic.