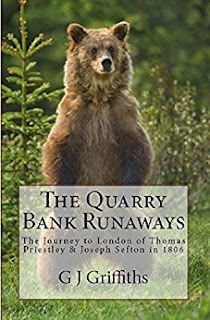 The year is 1806 - and two young boys are on the run.
G J Griffiths' The Quarry Bank Runaways is an intriguing book on many levels. It follows two boys, Thomas Priestley and Joseph Sefton, and retraces their flight from Quarry Bank Mill in Cheshire all the way to London in 1806.
It's a fictionalised version of a true story - and that long, arduous journey is brought to life well be Griffiths, full of encounters that might well have played out in real life, from a bear baiter to the future founder of the police, John Peel.
In truth, a couple of these encounters prove slightly distracting to the reader, as Griffiths takes a leap forward in time to tell us what future events would affect these other individuals, when as a story we might be better staying off in the present moment of the youngsters' travels and misadventures.
In that way, the book almost is better not as a standalone, but as a companion piece for anyone studying life in Britain in those early Napoleonic-era times - when work meant signing your life away to masters, or risking being packed off to the military or prison.
To read as a story alone, it is a little hard to completely immerse yourself in the boys' tale, but as an insight into the world they lived in, it's a great addition to your study list and worthy of an extra star to my overall score. 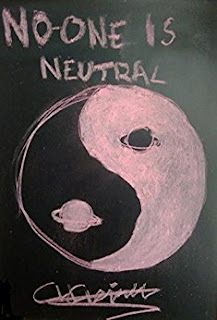 No One Is Neutral, by C H Clepitt

This is the latest in the Crew Chronicles from C H Clepitt - the fourth, all told, and I've thoroughly enjoyed each one. I've said before, think of it as the sci-fi show Firefly with added fairies and magic and you've got the idea.
It's not all rainbows and happiness with fairies around - far from it - and this episode in the series sees the crew locked in deadly battle, with no guarantee anyone is making it out alive.
Throwing our cast into pitched battle means that you'll probably be better reading earlier installments first - it is, after all, a series - so that you get the full impact of this episode. That's no bad thing, it's just that it hits the ground running so fast that if you haven't gotten your head around who's who, you might be a little bamboozled.
For those familiar with the cast, though, this is a major event in their lives - and the momentous decisions by several of those in conflict will have ramifications for future episodes.
There may be fairies here - but there's no clapping your hands three times to make everything better, and there's no happy ever after. 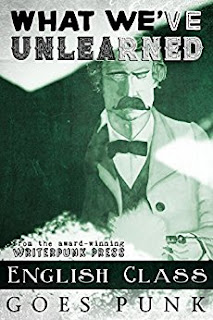 If you're not familiar with the Writerpunk books, then you're frankly missing a treat.
This latest installment from Writerpunk Press follows up on anthologies that give punk takes on Shakespeare and Edgar Allan Poe. Punk takes, I hear you say? Well, that means steampunk, or cyberpunk, or any other kind of punk that captures the attitude and style of one of the various subgenres.
Here, that sees a cyberpunk take on A Connecticut Yankee in King Arthur's Court, with a rigger trying to fathom what is real and what is simulation. It sees a steampunk Kipling palling around with zeppelin-flying smugglers in Nils Nisse Visser's grand fantasy. It sees a Beowulf with Vikings recast as tanks under their fiery commander Bea Wolf. Tom Sawyer is reborn as an automaton, and Huck Finn and Anne of Green Gables soar into steampunk action.
There's more - far more, but the sheer invention across the anthology captures the imagination.
I truly loved the Edgar Allan Poe collection from Writerpunk - and this is a more than worthy successor.