For our regular book reviews, today we welcome back Brent A. Harris, as he takes a look at Pipe and Pestle. I add a couple of reviews afterwards too, of short titles from Jadzia Banks and CH Clepitt. 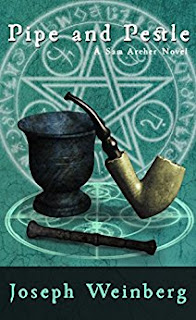 Pipe and Pestle, by Joseph Weinberg
Sam Archer is not a detective. He’s not a wizard either – curse his luck. He’s just a hapless human who runs an occult store and knows about the stuff which goes bump in the night. And he’s accompanied by a sex-crazed, wheeling-and-dealing demon, named Stacey, who’s along for the ride, locked in his mind. Poor Sam, he’s always finding ways to get in over his head.
Pipe and Pestle follows Sam and Stacey as the pair try to authenticate an important pipe for his latest client. As the deal goes south, the artifact goes missing, the client ends up murdered, and the police and half the occult underworld chase after Sam, who must keep one step ahead while finding the pipe and clearing his name, or he’ll wind up just as dead. Maybe that won’t be all bad. Stacey wouldn’t mind. She is a demon, after all.
The strength of this story is its readability. It’s fun, fast-paced, and difficult to put down – all things that make a book like this a success. Where Sam is dry and witty, Stacey is fun and flirty. He’s the straight guy to Stacey’s humor. It’s an informative and fresh take on the occult, part noir, part procedural, and part Buffy, all rolled into one.
Pipe and Pestle keeps the pace going, even if at times the plot can lead down a dead-end. There are numerous red-herrings, the occasional repetition and, structurally speaking, characters who arrive late to the game, and an end that arrives abruptly. Poor Sam is left as a human pinball to the whims of these plot devices, which makes it difficult for Sam to grow as a character or have much agency of his own. He spends so much time explaining what he is not, or what he should do, that we get little time to see Sam do himself. The most developed characters seem to be the peripheral ones, found in police detective Barry, the wizard Reginald, and the late-arriving Lilah, who seems to have no purpose in this story other than to lay the groundwork for appearances later in the series.
But Pestle does lay good groundwork, and between Sam, a character with potential, some fun ones like Stacey and Reginald, and some solid ones (I want more Lilah), the story overcomes its challenges. Sam Archer will entertain as a fun, quick thrill-ride of demonic dealings, acerbic wit, murder and mystery.
AI Rating: 4.5, rounded to 5.

Pipe and Pestle is available on Amazon. 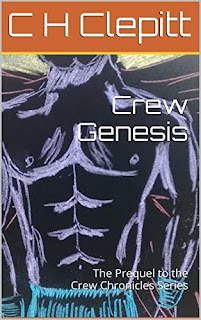 Crew Genesis, by C H Clepitt
I've read a few of the Crew Chronicles tales now - and this one takes us on a trip to the past of the series.
On the face of it, the Crew Chronicles might appear to be set up for a light-hearted, soaring space frolic - it is, after all, about fairies in space. But C H Clepitt has weightier tales to tell - the existence of fairies in this era of space exploration is a beginning point to explore all kinds of issues about how humans treat others, as well as giving us the chance for adventure.
This flashback does the same, taking us back to a time before the crew's ship ever soared. Remember that flashback moment from Firefly where we got to see how the captain first laid eyes on the Serenity? Think the same kind of thing here, as we find out what propelled the first lift-off. There's tragedy in here, and determination - and it's a great little glimpse into the past of the series. Now bring on some more!
AI Rating: 4/5

Crew Genesis is available on Amazon. 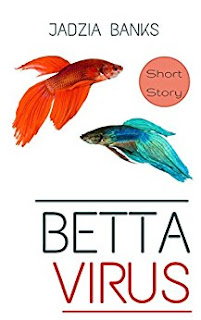 Betta Virus, by Jadzia Banks
There's a great deal to think about in this short story - and not all of it comfortable.
Adira is an Islamic terrorist, working in a secret lab to try to create a way of destroying Western civilisation.
The key to her research is the Betta fish. That's right, that little fish that floats around on its own in a little bowl. You see, Betta fish can be scared to death by seeing another - and that's what Adira seeks to replicate... in humans.
What follows is a mix of intriguing science, disturbing considerations of how to distribute virues - and pointed satire about what happens next.
I didn't always feel at ease reading parts of this story, but it's undeniably thought-provoking. And that earns it a definite thumbs-up.
AI Rating: 4/5

Betta Virus is available on Amazon.