BOOK REVIEW: The Demon Awakens, by Justin Cook; House of Horror, by EJ Bennett; and Things In The Dark, from Fox Spirit Books 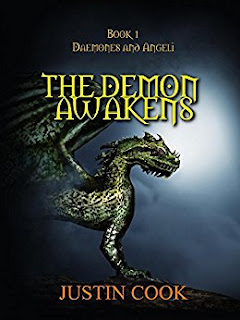 The Demon Awakens, by Justin Cook

There are certain cliches in writing that put many a reader off - and unfortunately, this book loads up the front end with several. The opening line has the main character waking up - though to the pain of a rat nibbling on his leg rather than an alarm clock, thankfully - and it's not long before we get his description as he looks at his reflection.
Look past that and we find the intriguing character of Tremaine Isaacs, gifted with unusual powers but turned into a fugitive, a vagabond, a warrior.
Destitute in a city located in a future that is as much fantasy as science fiction, he finds his way to a bath house, where with some stolen coin and his peculiar nature, he attracts the attention of its owner, an old woman with magical powers of her own and, it would seem, apparent romantic intent on this man 40 years her junior.
There's intrigue to their duel of wits... but then we break off from that, as the rest of the book is Tremaine telling this woman his story, the bulk of the story being in flashback.
The flashbacks start at a time when Tremaine was a baby, too young to remember himself what was going on, and recited as if told from his adoptive father's perspective, before leaping forward in years to his own viewpoint as a young man on the run from forces who would capture him for their own purposes and kill his family in the process if need be.
There are loose ends that go unexplained - such as the attraction he feels towards one of the hunters who is barely mentioned again, and elements such as the father and son discovering a pack of dire wolf babies that seem like we've been here before (George R R Martin is the obvious hat tip there).
But there is some remarkable originality here too - the genesis of magic in this world is neat (if explained in an overly heavy infodump) as are the powers of Tremaine, to enter an engaged mode in combat that allows him to predict the right outcomes and also to accelerate his body movements and, with that, the power delivered in his attacks. His powers at one point even seem to take him beyond the realms of the mortal, and that's intriguing.
Sadly, it must be noted that there are a lot of editing errors here - from misplaced apostrophes (the word loves, for example, turned into love's) to comma use that make sentences hard to understand at times. It feels like the book could do with a thorough edit.
I kept wanting us to get back to the story beyond the flashbacks, because that drew me in far more - but I guess that awaits the sequels. Having everything told in flashback robbed the story of some of its urgency - you know Tremaine is going to survive whatever comes at him, although not without consequences.
There is a good story in here, with a potential for a four-star book if cleaned up but between the editing and the cliched elements, the original parts feel buried. The amount of swearing also seems a tad excessive for what really seems more of a coming of age, YA kind of tale. As it is, I can honestly only give it two stars. And that's a shame, because a simple copy edit would have done this the world of good. 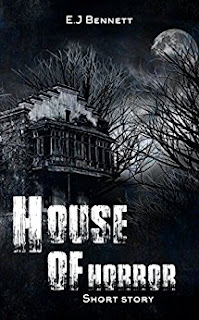 House of Horror, by EJ Bennett

There's a world of horror awaiting Matthew Hansen - and it's just possible he deserves it.
The serial philanderer finds himself haunted by voices in his apartment - at first he doubts himself, but when the girls he brings home hear them too, he turns to a friend for help.
Then... things get worse.
A claustrophobic tale from EL Bennett, this is another from her that could easily fit into the world of such shows as The Twilight Zone or The Outer Limits. There's an element of modern moral fable to it - and it's compelling to read, even as much as you might find its lead character a disagreeable sort.
I felt the dialogue had a tendency to be a little overdone, particularly as characters stared death in the face - but this is a solid tale from EJ Bennett. with an ending sure to unsettle. 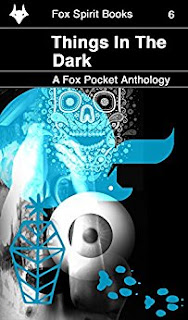 Things In The Dark, a Fox Pocket Anthology

There's an old friend of mine who has cost me plenty of money over the years. His name's Alasdair Stuart, and the problem is he's usually right. Go follow him on Twitter now, he's @AlasdairStuart. Go. Go! Done that? Right, on with the review. You see, he told me that Fox Pockets are great. And when Al tells me something is great? Well, what did I say about him usually being right?
So at his urging the other day I picked up my first Fox Pocket Anthology. Things in the Dark seemed to be as good a place to start given my love of Lovecraft and horror, and... yes... sigh... Al was right.
Flash fiction is the name of the game here, and so we get a selection of bite-sized tales of things that lurk in the dark.
As with any anthology, some stories will find favour with one reader over another, but I liked the good mix of tales in here. There were a couple that didn't catch me - A Boomstick and Some Popcorn Seasoning seemed to emphasise pop culture references over substance and cut off without resolving the tale, while Den Patrick's story Occultation spent so much time using every dialogue tag possible rather than "said" that it distracted from the tale itself.
That said, there's some really great stuff here, from the murkily gruesome opener The Devil's Haemorrhoids to the new take on Moby Dick but with a giant shark instead of a white whale in Selachiamorpha Caesar. Yes, I triple checked I spelled that right.
If I were to pick out two highlights more than the rest, though, it would be the quirky Things, by Sarah Cawkwell, in which the Things that haunt our childhood fears linger on into adult years, and most of all the utterly exceptional Shelob Headlines The Ox, in which a disabled girl finds herself in a building full of dropouts, punks and counter-culture elements, but perhaps finds love... only to fall under the sway of an otherworldly creature with decidedly dangerous desires. It's a peach of a tale, and worth the admission price alone. Surrounded as it is by other cracking tales, I'd say it's well worth adding Fox Spirit's collections to your radar.
Pesky Al, always being right.