BOOK REVIEW: Watchers of the Fallen, and Rising, both by Brian Rella 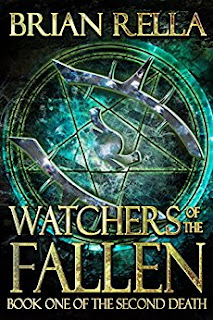 Watchers of the Fallen, and Rising, both by Brian Rella

Take one part Stephen King, a healthy splash of HP Lovecraft and a dash of action thriller and Watchers of the Fallen is the heady cocktail served up at the end.
Brian Rella writes like a man with a clear love of his genre - the action comes thick and fast, with the horror mixed into the thrill ride rather than lingered on for too long.
The book tells the tale of Jessie, an adolescent girl who falls haplessly under the spell of the tome of Arraziel, which allows her to unleash magic and demonic creatures from beyond but which comes at a price.
She has aged beyond her tender years, something which sees her exploit her situation and leads to uncomfortable moments of her youthful sexuality and the evil beings who would exploit that.
Jessie has surrendered herself to the evil - and finds herself being pushed along by voices from the other side, even as she thinks she is in control.
Against her stands Frank, a Watcher, and his allies, as they try to stop Jessie from freeing the evil that lurks on the other side of madness. Questions linger over Jessie's intentions - and whether something remains of the innocent girl that didn't understand what fire she was playing with.
The story moves at a rollicking pace - though Jessie quite often comes across as petulant rather than evil. I heartily recommend you read the prequel, Rising, which expands on Jessie's story to reveal how she got to be where she is at the start of the novel, and the choices she made that brought her there.
At times, she is a frustrating figure, at others sympathetic, leaving her opponents, the heroes of the hour, uncertain of how much they should be trying to fight her - or to save her.
This is a book you'll blitz through in no time, a real page-turner, and with more to come with book two of the series now out. The production values are high, with great covers and solid editing, producing a book that would not sit out of place alongside some of the classic horrors of the 80s, when King, Herbert and Koontz haunted the bookshelves of the day. 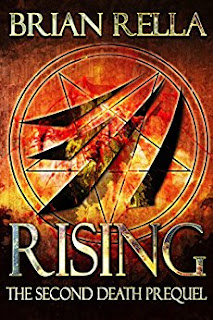 You can learn more about the work of Brian Rella at his website, www.brianrella.com.