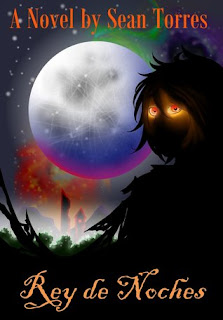 There's something of an air of a Japanese roleplaying game to this novel.
If you ever spent hours on those top-down explorations, starting out with one plucky hero and a couple of friends and building your team up as you go, then something of the narrative of this will be familiar.
Our hero, Ruiz, lives in a land of darkness. There is no sun in this world. Time passes in phases of night, and true night, and time is measured with the changing colour of water and the use of magic.
For years, the king of the land has been dormant - and Ruiz hopes through his quests to claim the title of King of Night.
Again, in that JRPG style, quests are given to him, by a scroll that when he completes his latest task, up comes the next one. These are usually specific tasks he must complete that are clear in terms of how he must go about doing so, but when a new task comes up simply telling him to end the chaos facing the land, he must be more resourceful than ever before.
The quest style remains, though - object A is important to character B, who trades it for information on where to go to find character C, who provides clues to the next step, and so on. Along the way, Ruiz meets other remarkable characters, some of whom prove to be allies in his task. Not all of the steps naturally flow on from one another, and it's hard to see why Ruiz is required to follow some of the steps he takes other than it gives him something to do to keep the novel going.
And here we come to the nub of the problem with the novel - it feels like it isn't ready for publication yet. It's still in need of a good, structural edit - there are magical elements which seem lovely but have no relevance to the ongoing plot, there's a prologue that involves a young, brash and somewhat sexist Ruiz that seems redundant, and we jump a number of years from there without it being quite clear what the timeframe is.
Beyond that, the language of the book itself is hard to follow, as if it has been badly translated. We are told that Ruiz "held orange eyes", he's not the only one whose eye colour is described as "held" either. Does the author mean "had"? There are incorrect words as you go through too, making it look like the editing has been done by spellchecker - where an error isn't highlighted because it's an actual word, just the wrong one in that circumstance. For example, "No knowledge for permanently changing one's physical traits was known, even with magic; despite there being ways to only temporary change it." It should be temporarily - and even then the sentence structure is clunky.

There's an excess of quote marks around words that don't need them, too, as if to add emphasis.
In short, there are too many errors to allow the reader to become immersed in the story. And that's a real shame, because Torres is onto something with the universe he has created, filled with that slightly steampunk vibe that the Final Fantasy games toy with, and his own heady swirl of magic and technology.

With strong editing for his future work, his ideas could very well shine. As it is, the problems stifle his voice and for that reason, I have to give an honest assessment that a book that is not ready for publication only deserves a single star. Fix its problems, and let the imagination fly, and it would be worth more. 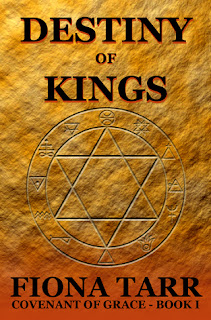 Destiny of Kings, by Fiona Tarr

I've never read anything quite like Destiny of Kings.
The story tells the tale of the rise of the Biblical David - he of Goliath fame for those whose Bible years might be long behind them.
We first encounter David as a youth, a humble shepherd, and follow him as his path takes him towards the war that his brothers are fighting and that seminal encounter with the fearsome warrior Goliath.
But by golly, the story doesn't half cover some range in David's life - that battle with Goliath is quite early in the book, and that's not nearly the most dangerous enemy he faces. That would be the sinister, sorcerous, sultry Jezebel, whose machinations are fueled by the dark magics she sacrifices innocents to power. Hers is a path of blood and sex, quite different from the valorous yet innocent David.
What makes the book different from any I've read previously is the strong Christian presence in the book - faith and religion shimmers through every page.
In his greatest moments, David is overtly directed by God himself in his actions. This intervention feels a little odd as you read the book - because it disrupts the storytelling you might come to expect. Because David is so clearly directed by a higher power in these moments, in storytelling terms it robs him of his independent agency. It's not David that defeats Goliath, it's the power of God that does so, acting through David.
Now, this is not necessarily a bad thing if this is your genre - though it's certainly new to me, and in storytelling terms took something of the peril away. But then this isn't a fictional story made of whole cloth by the writer, it's her fictional interpretation of the Biblical story - and in those terms, she does a marvelous job of fleshing out the world that David strode in all those years ago.
There are some editing tweaks that wouldn't go amiss, but for me, the story is a solid three-star read - yet for those with a keen interest in Christian fiction, I wouldn't be surprised if you added an extra star on top.