Meet the author: Arthur Frawley, creator of Kill All Heroes

Today we welcome Arthur Frawley to the blog, creator of Kill All Heroes, a story set in a world full of superheroes, but one that is going very, very wrong... 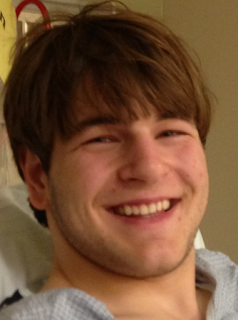 Hi Arthur, and welcome to the blog. Tell us a little about Kill All Heroes – what was your inspiration behind the story?

My inspiration for the story came from a lot of different places, but most recently I watch the slew of super hero movies like Suicide Squad and Captain America: Civil War and the thought occurred to me “why do these all powerful super heroes care what some humans think?”. From there, it evolved and grew and after several rewrites it got to where it is today.

The story follows Eric as he discovers the grim truth behind the seemingly idyllic front of a world of superheroes – what was it about the nature of power that drew you to this tale?

I’ve always be interested in how humans and other beings deal with power and to what lengths people will go to get power. From there, I simply asked myself “what would a person do if they had Superman’s power” and the answer was simple: take over the world. Humans innately want to be the strongest smartest creature on earth and if we can’t, then we strive to control anything stronger than us. What would happen if we tried to control something that can’t be controlled? Read Kill All Heroes to find out.

You're publishing via the Inkshares platform – a few of our readers might not know much about that approach, how does it work and what was it that drew you to that platform over others?

I initially heard about it through Geek and Sundry and I really loved the idea of testing people's interest in the book before I fully write it and spend a ton of money on a book I’m not sure people will like. It works very similarly to Kickstarter in that you finish a portion of your project and put your project out there to help raise funds to finish it.

You've previously been a video game writer and journalist – a similar background to mine, actually, how has that background in writing helped you when it comes to working in fiction?

It has helped me be able to get ideas and concepts down on paper in a very concise and clear way. It also exposed me to a ton of amazing games and amazing ideas to learn from.

You're a roleplaying gamer too – any of this story spring from your gaming days? I know I've got an old Superworld campaign that I keep meaning to brew up into a story sequence!

As far as gaming the biggest influence has probably been either the STALKER series or Papers, Please. There really aren’t a ton of role playing games in which you don’t play some all-powerful being that eventually rules the world. My book is meant to be about the average person in a dystopia who has their world destroyed both literally and metaphorically. I would love to help with your campaign too haha, I’m actually the VP of my college’s D&D society.

Ahh, I wish my campaign was still rolling! Too many years ago now for that one! What was the first RPG you played and what hooked you in to keeping playing them? I remember for me it was playing D&D aged seven by lamplight after the main light bulb blew. When that giant spiders appeared for the first time, my seven-year-old imagination was captured!

I came into RPGs very late, my first RPG was Fallout 3 and from the moment I left the vault I was hooked on dystopia and apocalypses and RPGs.

We start off the story in Peach Trees Park... I gotta ask... Judge Dredd fan? And if so, how much of a travesty is it that it didn't get a sequel?

I’m a huge Judge Dredd fan! It’s a massive travesty that there aren’t more Dredd movies in general! The universe is so interesting and so many amazing stories have come from it. I think it speaks a lot to the fan base and to the writing itself in that there are a plethora of Judge Dredd fan made movies that are absolutely amazing!

What were your writing influences particularly for this story? Any hint of Wild Cards or Watchmen in there?

I took a lot of writing influences from Ready Player One and the works of Edgar Allen Poe. I also reference comics and movies throughout the book. Initially I was writing Kill All Heroes to be an actual comic book series, but the story has changed a ton since that time.

Ready Player One keeps coming up as a recommendation to me, gotta catch up with it! Obviously with the superhero influence here, that also suggests a hefty comic book leaning to your reading, what do you recommend in comics reading right now? What's on your pull list?

I would say my favorite series right now are Southern Bastards, Old Man Logan, and Manhattan Project. My favorite super hero/ comic series of all time however is the Punisher.

And in general terms, who are the writers who are your touchstones when it comes to your own writing? 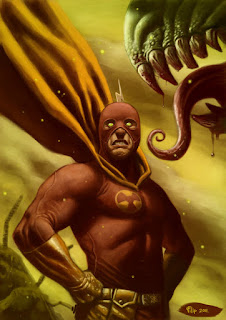 We start the story 60 years in the future, did you work out a future history that would lead us to your novel? How much effort did you need to put into the backstory of your novel?

Yes, in the book around chapter 6, I explain how our current history branches off into the Kill All Heroes universe. I put a lot of thought and research into the timeline and backstory of the novel. I researched the French and Russian revolution, communist takeover of Vietnam, and the peaceful protests of the 70s and 80s in America.

Do you have a website or blog where readers can dip their toe into your work? And have you had any creative work published elsewhere as yet?

For Kill All Heroes, there is an Inkshares and Twitter, but my other works are scattered around Cliqist and mmoknight and a few other gaming journalism sites. I’ve written several other short stories and scripts and parts of novels, but I’m currently looking for a platform to put those on.

Thanks Arthur – how can people here follow you and learn more about your work?
They can tweet at me @robofrawley or email me at arthur4444333221@gmail.com

And a traditional last question here at the blog – what are you reading at the moment, and what is the best book you've read in the past year?
I’m currently reading Red Shirt and Armada. The best book I’ve read is probably Animal Farm.


Thank you very much, Arthur, all the best for Kill All Heroes!
Posted by Leo McBride at 07:56