The Olympics through the eyes of podcasters

This article featured previously in The Tribune on August 12 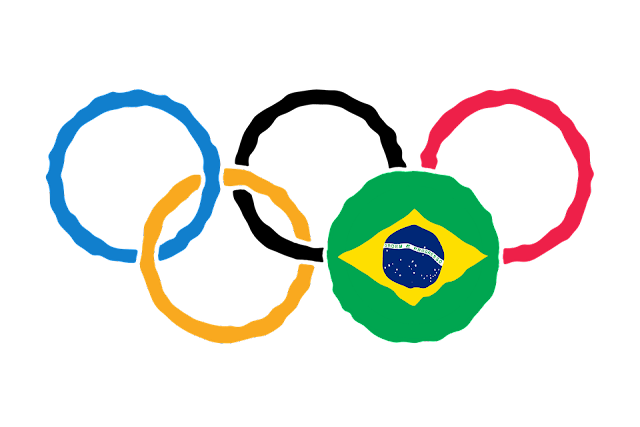 With the Olympics in full swing, many podcasts - along with plenty of their listeners - are turning their attention to the sporting festival. Here are two of the best podcasts to listen to as you share the action - and one of the worst.

NPR's science and medicine show Hidden Brain takes a look at one of the aspects of the Olympics less focused on amid the fanfare of anthems and medals. Most of the athletes who go to the Olympics will come home defeated. The show looks at what losing does to athletes, to fans and to teams.


First of all, they chat to US judo competitor Jimmy Pedro, who from the age of five was trained and encouraged by his father with the goal of winning the gold medal in the Olympics. He went to Sydney with the spotlight on him to bring home America's first gold medal in the sport... and then he lost his first bout. He rallied, though he said he wasn't feeling right, that his body wasn't responding.  He strung together four wins to set up a bronze medal match... then lost again.

You can hear the heartbreak as he talks about that, and he's very honest and refreshing about not getting over that moment for a long time. He discusses the nature of being a competitor, and how he came to understand that for all his preparations, it was not meant to be.


The show also examines other aspects of losing - how sales of unhealthy snack foods go up in areas where fans of teams who are on a losing streak live, how statistically being behind by a point at half-time means a team is more likely to win, and more intriguing facts about the nature of success - and failure. A fabulous show, well worth a listen.


Radiolab
I'm delving back into the Radiolab archives here for one of their more intriguing shows about the Olympics.

Cut And Run, from 2013, investigates what has helped Kenya to establish such a formidable reputation in long-distance running. In just under 26 minutes, they uncover all kinds of fascinating detail about the country's success in the sport.

For starters, it's not just that Kenya has had success, it's one particular group of Kenyans, the Kalenjin. To begin with, they look back to the success of Kipchoge Keino at the 1968 Olympics in Mexico - who was suffering from a gall bladder infection and was told by a doctor if he was to take part in the 1500 metre race, he could die.

On the day of the race, it is said he sprang from his bed and went to take part, saying if he was to die, he would die on the track.

Early in the race, he was last, but he moved up the field to third position and then, astonishingly, went past the favourite for the race, known for his kick in the final stretch, and held on to win, starting a legacy for his nation that persists today.

Gregory Warner, also of NPR, expertly leads the way through a series of theories about why the Kalenjin runners have had such success.

All manner of theories have been advanced - from the way the food is prepared in the area, to the commonplace running in the community, such as running to school.

More controversial theories are also discussed - with some scientists reportedly hiding evidence of a genetic advantage among people from the region, and the hosts discussing a cultural belief involving minor surgery to men's genitals that instills an expectation of being able to withstand pain.

There is no definite answer - but it's a fascinating exploration of how a tiny proportion of the world's population have managed to have such a powerful impact on the global sporting stage.

The Scribble
There are a lot of shows jumping on the Olympic bandwagon, and some of that is a good thing. After all, one of the goals of the Olympics is to turn people's eyes towards sport and achievement.

But some shows are doing little more than a namecheck and tweeting about it to draw in listeners, and this awful show with host Jeremy Bradley does exactly that.


I followed a tweet from Bradley saying "Is the #Olympics more about #politics or about the actual sports competition? Discussion on the #podcast"

There is no discussion. You get a minute or two at most of Bradley saying maybe it'd be better to have something less competitive in this time when the world is so divided. And how he didn't really do sport when he was at school. And hey, being third is still great, right? And that's it. This buried in a show that is so much about his birthday that he first talks about how awkward it is mentioning your birthday and then people wishing you well - before unveiling a segment of the show recorded weeks before with a Big Brother host ringing to wish him a suprise happy birthday. Weeks before. Sure it was a surprise, honest.

Add to that his urging to join in live tweets while admitting it's not actually live and he's programmed the tweets to go out earlier, and showing a disdain for Facebook followers by saying he's got better things to do than be on Facebook, and you have the worst show I have ever listened to. Honestly, this is the first show of his I've listened to and on this evidence, he's more self-centred than a gyroscope.

The link is below, but avoid this like the plague.