The Truth About Alternate History, with author Brent A. Harris

Brent A. Harris visits the blog to discuss the worlds that might have been. Here he reveals...
The Truth About Alternate History 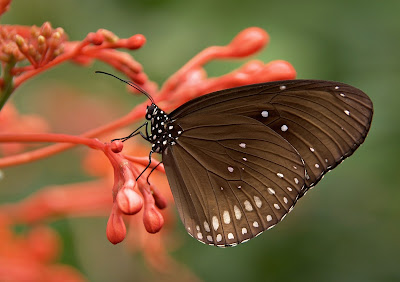 Alternate history is technically the re-telling of an historical event that happened differently than it did in real life. But that definition has all the problems of an 8th grade history lecture of the succession of the British Monarchy. While that definition would satisfy me, and my enthusiasm for books, dust, and books with dust, I think it’s fair to try and tease a broader definition of alternate history, particularly as the genre has become more mainstream. After all, part of the reason alt-history has become more popular is because writers have embraced worlds and timelines far more fascinating than what was lectured to us in our own boring history class.

To broaden our approach, I would argue that anything that features an altered timeline is alternate history. It doesn’t just have to be Earth’s own history. That means, the Star Wars stuff—if you count the books, and you should—is alternate history, as the films have deviated from the timeline set by such notable authors as Timothy Zahn and James Luceno. We don’t know as of yet what the point of departure is that created this ‘new’ timeline that the films are in, but I guarantee that Disney will eventually get someone to write a book that formally separates the universes (pick me! Me! I’ll do it!).

Star Trek has always been a bit more cerebral (sorry Star Wars fans) and the nature of multiple timelines and infinite universes has always felt more at home in Trek, so it is no surprise that JJ Abrams went for an alternate timeline to reboot the universe in his retelling of Star Trek. This doesn’t make Trek any less of an alternate history.

But when we talk about alternate history that’s limited to our own past, alternate history in the strictest sense, the genre becomes more difficult. It becomes difficult to explain, difficult to write, and difficult to sell to an audience. The worlds in these ‘histories’ are no less constructed than spaceships of sci-fi and fire-breathing dragons of fantasy. So why the resistance? Why is it so hard to write?
The truth is, alternate history is like the Jurassic Park of story-telling. It has all the world-building difficulties of writing science fiction and the problems of creating good characters in a historical drama.

The first part of the problem is the world-building. We’ve all been there, reading a sci-fi book where half the first act is all exposition on how this new world works. Even Lucas fell into that Rancor trap in Episode 1. The audience cared less for trade federations, tariffs, and legal proceedings of a failing republic and more for the character and struggles of its earlier counterpart. Sometimes, as creators, we get more caught up in explaining our new worlds than developing the characters who live in them.
Secondly, and to be honest, I think some of the fault lays with the name history, as it conjures up long, boring, lectures revolving around dates and names, and not much else. History is about people and the crazy things they did, not the date that the English settled America, but rather the realization that Pocahontas was a 14-year-old girl who did cartwheels through the starving English camp, as she negotiated on behalf of her tribe in front of a bunch of stodgy, religious, white dudes, whose survival depended on them taking her seriously. History is quite fun, and literally stranger than fiction.

But even when those two problems are addressed, writing alternate history is still difficult. Even Pixar struck out with its alternate history, The Good Dinosaur. And this is Pixar we are talking about! Their only flop in twenty years of film-making involves dinosaurs and timelines. I should be its number 1 fan, but even I couldn’t stand it, with its unrelatable protagonist, unrealistic world and flat drama. 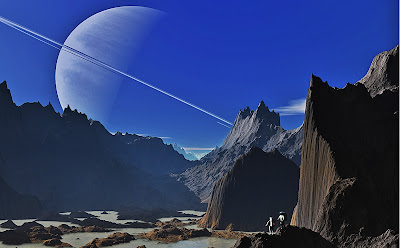 From a writer’s perspective, it’s nearly an impossible challenge to write alternative history well. First, one must take a moment in time—and then change something. It can be small, like in Sobel’s For Want of a Nail. Then, the new path has to go somewhere relevant to the story being told. The world becomes a thematic element of the story. At the same time, the author is creating a brand new world, like any sub-genre of speculative fiction. But that world also has to be built on clearly defined rules, no matter the story—whether there are spaceships in the background or not. And still, that world, and its inhabitants, have to be relatable to the audience.

Then, the characters must be real. Like in any good drama, the emphasis is on the character and how they react to the new world (which isn’t necessarily new to them). This means that the world has to sit in the background, and the conflict has to be a backdrop. To do anything else means the story rests on plot points rather than the characters themselves. What makes GRR Martin’s Song of Ice and Fire (Game of Thrones) so popular? Afterall, at its heart, the story is a retelling of the War of the Roses. It’s an alternate history of the Lancasters and Yorks with Dragons and Ice Zombies as the world, war and survival as the backdrop. But at the end of the show, we don’t care about the war, or dragons. But we do care about the all-too-diminishing cast. The people we’ve fallen in love with and their emotional journey through a nasty and brutish realm that eerily mirrors our own. 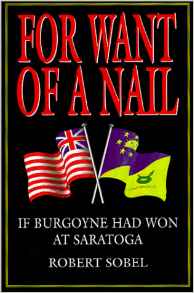 Finally, facts must be correct. There is nothing more distracting to a story than an improper fact sticking out of place, like a splinter caught in the webbing of your thumb and finger. This requires research. Lots and lots of research. And not the fun kind either that gets you in trouble if someone were to read your browser history out of context. It’s less, “how much cyanide does it take to poison someone’s tea?” and more, “what were the buttons made out of in 18th century peasant clothing?”

These are just a few of the hurdles that make writing alternate history difficult, and less accepted by the mainstream audience. Let’s face it, getting a friend into Man in the High Castle, isn’t easy if they don’t care or don’t know much about World War II. Even if you get everything else right, it may still not attract an audience. To plagiarize Captain Picard, “that’s not failing, that’s life.”

Luckily, alternative history is becoming more mainstream. And it’s not because of anything new. These stories have been around for decades. GRR Martin’s Wildcards came out about the same time as Alan Moore’s Watchmen. Both are alternate history. It’s the children like us who played D&D—like the cast of Stranger Things—that have grown up and taken the reigns of the world. So, now that we have some say in our entertainment, let’s do something constructive with it. Because we can’t just live off the legacy of others. We can’t just reboot Ghostbusters to get our nostalgia fix. We need to create works of our own.

That is why, despite the challenges alternate history presents, we must go out and create new worlds. Furthermore, we must broaden our approach to the genre. Alternate history is unique that one story can have as much in common with spaceships and aliens as another story can in a strict period piece, and we should embrace both sides of that coin. By playing to the genre’s strengths, we carry on the tradition of those that have allowed us to see our world differently. Because the very idea of alternate history is to compare a world apart in order to expose a truth in ours. And that truth is all you need in order to begin this journey. 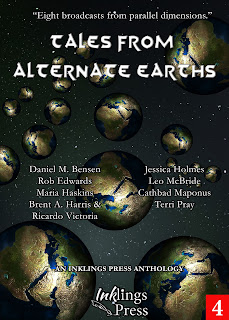 Brent Harris is an attempted author of alternate history who admits he still has much to learn, but hopes to have entertained people during his journey to get better. Sadly, he’s lacking a phone booth time machine in front of Circle K. You can reach out and virtually slap him on Twitter at https://twitter.com/brentaharris1 or hug him. He likes virtual hugs too. He features in the alternative history anthology Tales From Alternative Earths, available on Amazon.

UPDATE: You can read Brent's Sidewise Award-nominated novel A Time of Need, available on Amazon. And you really should. It's available here.
Posted by Leo McBride at 18:54