Blog host Leo McBride has a message for you. A slice of flash fiction. Are you ready? Then prepare for... 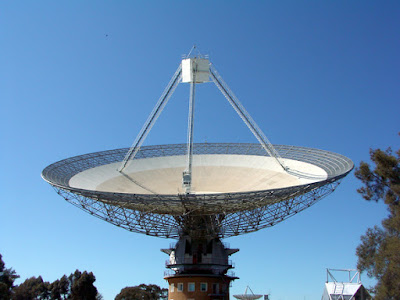 THIS is the last message the human race will ever send.

Forgive my brevity, but I have just fifteen minutes to write what I want to say, 15 minutes to tell you what happened to the planet Earth. To tell you who we were.

For what it is worth, for these next few minutes, you should know I am General Adam Conlon. Of the few of us left alive, I am the one who saw it all, from the start, who watched as the  plague swept our land.

It began when we lost contact with Alaska. Not just one part of the state, but all of it. One minute, all communications were normal and the next, nothing. At the time, I was in Cheyenne Mountain, as we prepared to listen in on an experiment at Arnesil Energy Labs. It was there the virus originated.

At first, we didn’t know what had happened. There was shouting, mostly demanding of our communications section where the link had gone, but little concern. However, communications never returned and the next morning brought the first reports of the virus, of how it was spreading. Western Canada was the first affected, then Washington State. From there, it was unstoppable.

No-one will ever know for sure what happened in Alaska, why it lost contact so quickly. But we know what happened elsewhere, thanks to reports from those who resisted the virus long enough.

People lost control. Some could not command their limbs to function. Others became crazed, running wild through the streets, destroying everything. Animals were the same. In our bunker, we heard tales of people savaged by their own dogs while not even being able to raise a hand to protect themselves.

The madness seemed worst of all, millions of years of evolution wiped away, the cruel and the savage wreaking havoc while the helpless could only die. It didn’t matter. Sooner or later, the virus attacked even the ability to breathe, and life simply stopped.

Most of this we saw from afar. Finally, the order came to evacuate, to flee to the furthest point imaginable, to give us time to find a way to stop it, or maybe just get far enough away that it wouldn’t touch us. As if that was ever a hope.

In the end, there were just a few of us, huddled here in an Antarctic base, the last things alive in this world. All the people had gone, along with all the animals, even  the plants.

And we had been able to recognize the virus, watch as it started to take hold on ourselves, as some of those in the bunker became crazed. Some died quickly, at the hands of others, others simply faded away. The first to go was the president. He vowed the virus would never catch him, but it did, it just took a revolver and a suicide to do it.

Some prayed for a miracle, but we knew there was no defense. For this virus was unlike any other the world had ever seen, for it had been manufactured, created and cajoled from energies we did not truly understand.

The energy labs had been experimenting with electromagnetic forces, playing with patterns and trying to understand how they could be used as a weapon. For all life uses electric currents in some form or another. A synapse sends a spark of information from the brain, lets it fly throughout the body until it reaches an arm, a leg, commands it to move.

It was an hour ago I came to understand the purpose of all of this. You see, it wasn’t a mistake at all. No. This was the way things were meant to be. Life is an intruder. Life is the virus, worming its way into the universe. It was only fitting it came to be like this, wiped out by an antibody we never expected to encounter. We have been purified, we have been cleansed.

I had to bide my time before I could send this message. It took a day before I had the chance to kill those between me and the only transmitter within reach which could still broadcast outside of Earth’s atmosphere.

You see, the electromagnetic pattern can not only be spread by the natural magnetic field of a planet. It can also be transmitted. We isolated it. We know how to reproduce it. It is already part of this broadcast, freed to cleanse other worlds, not just our own.

This is the last message your kind will ever receive.


An audio version of this short story is available thanks to the splendid CB Droege over at Manawaker Studios. You can listen to that here: https://www.patreon.com/posts/ffp-0216-last-11763292

If by chance you survived the message, you can follow Leo McBride on Twitter, where he is @chippychatty.
Posted by Leo McBride at 12:53