Dealing with bad reviews as an author 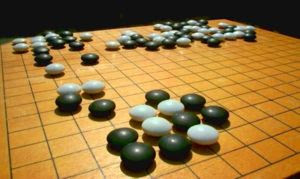 It happens sooner or later to every author - the bad review. The criticism that stings you, the comment that keeps your eyes open and your brain ticking at two in the morning when you should be sleeping.

And you know what? That's a good thing.

I'm still very early in my writing career - with barely double figures in terms of stories published so far, and thankfully what I've written so far seems to have been very well received.

One recent review chided my most recently published story for not having characters that the reader could care about but... you know what? That's ok.

Years ago, I started to play a great board game called Go. An ancient game - there's a picture of it at the top of the page - full of strategy. I started playing against my old psychology teacher (yes, that's how many years ago) and he was merciless. He'd been playing for years and had no compunctions about inflicting a massacre here and there. And you know what? That made me learn. Before too long, I was taking him on at equal measure - and I thanked him for both introducing me to a game I still love today, and for teaching me without going easy on me.

Because I'm still learning in my writing, sometimes a not-so-great review is just as useful to me as a positive one. Don't get me wrong - I turn cartwheels every time someone says positive things about a story. I may even have kissed a screen once. And I liked it. Just... don't try that with plasma screens.

But sometimes a criticism can make you reconsider what you've done and whether you should perhaps have done things differently. That review that didn't think my characters were well enough developed in that short story? That's the kind of thing that can make you sit down and properly ask what you might have done differently, whether the balance was right in carrying on with the action or cranking it back to get the reader to know your characters a little more. Reviews that make you think, that make you assess your writing, that give you the opportunity to learn and develop - those are golden.

Here's the crucial element, though, and I say this as someone who has been a reviewer for more than 20 years professionally. The next six words are crucially important: A reviewer is not always right.

This may seem nonsense, right? A reviewer's taken the time to review something and now you're telling them they are wrong? Well, no, not saying any reviewer is wrong - in fact, I feel I should repeat that bit in caps lock and with flashing lights around it just to be sure. The review they give is absolutely reflective of the experience they have had with the book. However, some pointers are worth taking on board, others aren't.

Let me give an example - recently, I reviewed a book that had a remarkable amount of sex scenes. Frankly, it was hard to imagine how the characters ever got anything done with all the sex they were having. Now, I could easily have written a review saying "Far too many sex scenes!". However, that was clearly the point of the book - exploring a sexual relationship in the context of the society it portrayed. If I wrote that there was too much sex, should the author react by toning down what she wrote? Not at all - she wrote what suited her novel.

The essence of what to take away from criticism is that you should weigh it in your head, keep what is useful and let go of what is not. In fact, the exact same thing you should do with praise.

To paraphrase a line from Kipling, meet with triumph and disaster, and treat those two imposters just the same.

But one thing that one should never ever do... never argue with the reviewer! They've devoted time to giving their opinion. Even if you disagree with their opinion, thank them, then move on. Arguing will never, ever end well...
Posted by Leo McBride at 05:32