Five tips for Twitter - and one thing to avoid

Inklings Press author Leo McBride - the host of the Altered Instinct blog - shares some thoughts about what works and what doesn't work for him when using Twitter. 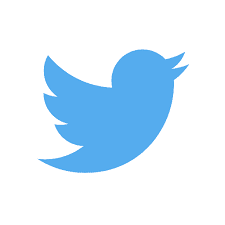 Recently, a friend popped up with some questions about Twitter. He's fairly new to using it to get the word out about his projects and he chirped up to ask "Can you explain to me this Twitter thing where people post lists of Twitter accounts and then other people retweet them? Should I be doing it?"

It occurs to me that maybe there's things we're doing with the Inklings Press Twitter that might be helpful to explain - so here we are, our tips on ways we use Twitter that we find helpful.

I'm not making any claims to great expertise on our part - it's just that these are things we do that might be handy for others.

There's a Twitter tradition called Follow Friday - often abbreviated to #FF on the shorter-is-better platform. And it's a simple way to salute those who you think are worth following, and point your own followers in their direction as suggestions for good people to connect with.

In short, when you log onto Twitter, the people whose messages you most look out for? Those are great people to put on your #FF tweets.


My biggest problem is choosing who to list! So mix it up each week, say some one week, some another, and give an indication why they're so good to follow.

Every now and then, I like to go back and thank people who have retweeted things I've sent out - it can be a chore going through lots of messages but, you know, they took the time to promote something you said, so take the time to say thank you back again. It's a little tip of the cap their way as a thanks. Another pointer with that, put a bit of a message first rather than starting the tweet with their account (@account name). If you start a message with the account name, it is less visible than if you start with a message, and if you're going to thank people, do it publicly. Hey, they might pick up some more followers as a result!

On the Inklings Press account, we follow quite a lot of different accounts and love that diversity. It throws things into our path that might get missed otherwise. But it also creates quite a crowd. So we have started using lists to keep closer attention on particular types of accounts. So far, we have only one list - the Inklings Army list. This consists of writers who have featured in our anthologies, some of our most regular people we keep contact with on Twitter - who retweet our material, and whose material we like to share too - and those who have featured on this blog in Q&As and such. The list allows us to quickly check what members of that list have been up to, and share on what makes us smile.

For the record... my Magic decks were always like my main Twitter follow list. Stacked with lots of different cards because I loved the diversity of what came out. I lost... All. The. Time. But it was fun. Lists let you have the big bumper deck and the killer deck that gets you exactly what you want right away.

Time zones are a heck of a thing. Particularly during book launches and such. It might be three in the morning where I am, but the morning train commute for people in the UK. So if you're wanting to let people know about things at set times, you might want to set up the odd timed tweet. We don't do it excessively, but if we know that our members are going to be busy with work, family, etc, we might make use of a thing called Hootsuite. It has lots of options - many of which we're only exploring ourselves - but one of those is that you can compose a tweet and schedule it to be sent out at a later time. Like I say, we don't use it much yet, because... well, you might send the tweet out but then you're not around for people's reactions to it and that feels a tad discourteous, especially if you're inviting chat and replies. But it is a handy option.

We've lost count at Inklings Press of the number of direct messages we get that are automated after following people. To start out with, we used to regularly reply but... most of the time those replies get ignored. So now we tend not to bother with any direct messages that look as if they've been automatically fired out by a bit of software. They are often tagged with things like "via crowdfire" so they are often fairly easy to spot, but some aren't and leave us scratching our head wondering if someone has actually taken the time to send a message... or if it's just spam. The worst, we think, is True Twit, which claims to be a validation service, but frankly just seems to be a piece of spam designed purely to get more people to sign up for it. We never reply to those. For the same reason, we don't use automated direct messaging. If you hear from us, it's one of our team saying hi. The only spam we want to see is this...

The absolute best thing about Twitter is the people you might never have met that you get to catch up with, and discover how cool they are. Without the Inklings Twitter, I would never have read stories by Mike Wollf, DM Gillis, JR Bryant, Jason Nugent, Maria Haskins and more. And the best way to make those contacts? Just be yourself, don't try to always hard sell - honestly, there's some authors on particular hashtags where I just want to block them because they constantly repromote their books and in the same way, over and over again. Those folks I named just above? I followed their work because they were cool people, and that made me want to read what they had written. So the most important tip is just to be genuine. And give internet fist bumps to the cool people you meet along the way.

We hope that's helpful for some of you starting to find your path through Twitter - like I say, over here we're learning as we go too, so if you've got tips and advice to add, throw them into the comments. Pay it forward, as the saying goes. Heck, if we've said something up above that makes you shriek "Noooooo, you're doing it wrong!" then go for it. Just no spam. Bloody Vikings.