Article previously published in The Tribune's Weekend section on January 22. 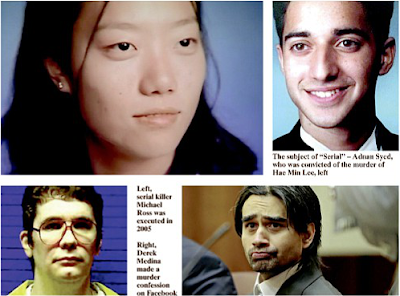 LAST week, we looked at the return of the Serial podcast – whose popularity has seen it burst beyond the boundaries of the podcast world and feature on news shows and even hook up with a film company for its new series.
The first series left matters unresolved, however. It told the real-life story of the murder of Baltimore student Hae Min Lee, for which her boyfriend, Adnan Syed, was convicted and sent to jail. The Serial podcast picked away at the evidence in the case, pointing out flaws in the investigation. But at the end of the series... Adnan was still in jail, and there were no definite answers.

Undisclosed picks up where Serial left off. It's different from Serial – it's not connected and it doesn't have the same measured pace that gave Serial such a fascinating impetus. Rather, this is a podcast by three lawyers examining the same case, one of which knew Adnan in his younger years.
For those wanting to further their knowledge of the case, there is more to be found here... but you're going to have to work for it. The microphones are awful, for starters, making it a strain to listen to – and then once you do figure it out, the podcast hops all over the place, not laying out clearly why pieces of evidence are important, and it becomes something of a swirl. Add to that the fact that this is essentially a group self-identifying as Team Adnan and you quickly see that the evidence isn't being thoroughly examined. If you need to follow the case that launched Serial further, then yes, there is more to be found here. But as a podcast on its own, it lacks the storytelling flair, the objective perspective and gripping nature of Serial.

Far more professional is Sword and Scale, which is also a true-crime podcast series. Each podcast explores a case that has appeared before the courts – the two most recent podcasts dealing with the case of so-called Facebook Killer Derek Medina, who shot his wife, Jennifer Alfonso, repeatedly in the kitchen of their home, and then went to social media and posted a message saying “Im going to prison or death sentence for killing my wife”. More than that, he also took a picture of his wife after shooting her and posted that to Facebook too. Unlike the Serial stories, there's no question here of guilt – he absolutely did it, but rather the podcast explores the court process and the detail of what led up to the killing. It's a very hard listen because of the content, but it's a very honest show, also exploring who this man was – bizarrely, also being a writer of self-help books. What emerges is a picture of a narcissist and a control freak. Host Mike Boudet presents an unvarnished, realistic look at the horror of such cases – but also poses thoughtful questions, one other show highlighting what people think needs to be changed in the justice system. A fascinating listen, and heartbreaking in its detail.

Lastly, and in the same vein, is Criminal. Another podcast about crime, it says it looks at “stories of people who've done wrong, been wronged, or gotten caught somewhere in the middle”. Phoebe Judge is the host, and an excellent one – very polished in her presentation, and setting up the story clearly and precisely. The shows are fairly short – between 20 and 30 minutes – and so they don't really examine the evidence of the cases featured, rather they delve into the world around the case. For example, the latest show features Michael Ross, the first person to be sentenced to death in Connecticut since 1960. Between 1980 and 1985 , he killed eight girls and women, raping seven of them. The focus is as much however on Martha Elliot, a journalist who followed his case for the better part of 20 years. Ross claimed he wanted to die in order to atone for what he had done, and Elliot spent a long time trying to work out whether his remorse was real or not. Again, this can be a tough listen with the detail of the crimes being revealed, but it does tackle the broader issues, such as the use of the death penalty and the nature of punishment. Ross was executed in 2005. Listening to Elliot talk about him – she even says that she told him that she would miss him and their conversations before his execution – gives a real sense of the human aspects of the situation. It's a brilliant show, well worth listening to and that lingers long in the thoughts afterwards.