7 Lessons Learned by a Submissions Editor

Inklings Press is getting ready to publish its next anthology, Tales From The Universe, and this time we opened the doors to submissions from far and wide. Brent A Harris took on first reading duties as authors sent in their work – and here he explains what he feels he has learned from the process, and what he thinks it has taught him about writing in general, and his own work.

Any ‘Top List of Things you should do’ should be taken with a grain of salt. Writing is subjective. Judging another’s writing is even more subjective-er.

Recently, I was given the opportunity to read through a lorry-load of submissions for Inklings Press’ next anthology, Tales from the Universe. Before we decided on the stories to include, we had to make hard decisions about what to omit. I got to experience what it was like on the other side of the proverbial ‘slush pile'. In the process, I learned more about my own writing. Rather than making a subjective list on things writers should do, here is a list of what I learned while going through so many amazing (and not so amazing) submissions: 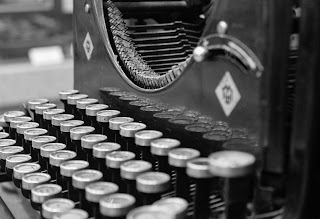 1. There are a lot of writers. Like, a lot. A metric crap-ton. If there is one thing social media and places like Wattpad has shown, most everyone has a story to tell and most everyone wants to tell it. In my opinion, that’s great! You should tell your story. The downside to this, however, is it becomes hard to pick out a voice among the chorus. For example, we only advertised that submissions were open—TWICE. Immediately after that, we had to turn off the spigot, as we were completely flooded with submissions. There are indeed a lot of writers out there and they are all plenty damned good too. I learned I got to step up my game if I want to be a voice heard amongst so many.

2. Flash Fiction. I learned the difference between flash fiction and a short story. It seems obvious now, but I just didn’t think about it. To me, it’s not just the word count that matters, no matter how long or short a story is, it’s whether or not that story can resonate with the reader. Too often, flash fiction feels slight, as if brevity is an excuse for a twist ending, rather than an emotional one. Always, I’ve learned, go with emotion.

3. Propel us into your World. I’m talking about introductions, opening pages, or paragraphs that explain the setting – rather than letting us experience your world as the story unfolds. I think this is an important lesson learned, as I don’t think we, as writers, are aware we do it. I certainly don’t think I’m as guilty of this, until someone holds up a mirror and goes, ‘really?’ Even if we bypass the five-pages-of-world-building-until-we-finally-reach-the-story mistake that so many of us authors make, we can still fall victim to stopping our story mid-action, to bust out a wall-o-text to explain something that doesn’t actually need explaining, when really we just need to introduce our world and all of its magical macguffins organically.

4. Have a Message and Stay on Point: Having a message means writing to stay on target. Don’t delve into a muddled mess of side-thoughts or over-do it in a rambling of pointless pontifications. It’s a step above writing for clarity. Your story should be about something, and at some point—and what I’ve learned through reading—is that it may even be handy to have a character mention, explicitly, what that is. The best example I can think of comes from George RR Martin’s Clash of Kings, when Varys gives Tyrion the riddle of who truly wields power: The Cleric, The King, Or the Sellsword. It’s what Game of Thrones is all about. And it is a masterful reminder that all stories need meaning to exist.

5. Be Engaging. This is a difficult lesson, one I think many authors, including myself, are still learning as it is subjective by both genre and reader alike. Some genre’s call for narrative distance. Other’s call for more intimacy. When going over submissions, the guidepost I asked myself was, “does the narrative voice help or hinder the story?” and by asking that question, I learned a little about how to measure my own narrative voice more objectively. Again, the pattern that emerges is to err on the side of immediacy and emotion—to focus rather than to broaden the story—in order to increase that connection between the character and the reader. There were many great stories we could not include because their narrative focus was out of sync with the story being told, and thereby lacked engagement.

6. Your Character Should Grow. There are exceptions to every rule and you’ll find one in our next Anthology (in a nice twist where the reader ‘grows’, instead of the main character). But mostly, if your character is flat, your story will be too. Without false modesty, I feel this my biggest strength as a writer, but that is largely because I’ve adopted Pixar’s rules for writing: Write the ending first. If you know where your character ends, it’s easier to see where they need to begin. Or, you can adopt Joseph Campbell’s ‘Hero’s Journey’ as a writing template. In order for your reader to learn about your character, your character needs to learn something about themselves.

7. Keep Submitting. Finally, I learned that you can still do everything right and still not ‘make it.’ We were flooded with awesome authors and solid sci-fi stories. But there was no way to accept them all. Sometimes the decisions made came down to very fine margins – a story might be very similar to another, for example, or there might be a brilliant pearl of an idea at its heart but the story is too short to see it truly shine. Being on both sides of the submission process gave me a newfound respect for how hard it is to be heard. I, for one, have enough rejection slips to wallpaper a small room. But, I’m not going to give up, and neither should anyone who was unfortunate be passed up this time around.
Thank you to all of you who submitted to us for letting us take a look at your work. You writers are wonderful and we can’t wait to read more. And to everyone: be sure to see if we’ve followed these lessons learned when Tales from The Universe releases this February, I have a feeling that this will be our greatest set of stories yet!
Posted by Leo McBride at 05:56

Email ThisBlogThis!Share to TwitterShare to FacebookShare to Pinterest
Labels: Brent A Harris, editing, Inklings Press, Tales From The Universe, writing