This review previously featured in The Tribune Weekend section on December 11.

This week, the podcast review column takes a look on the lighter side of things – with the emphasis on comedy. One word of caution, all of the shows here feature strong language.

Independence Day is your best movie, Will? Have a cigar.

It's surprising there aren't more comedians doing this kind of thing. Unless they are and I'm just really bad at finding them. But this show is purely and simply comedian Doug Benson broadcasting his regular stand-up comedy routine from a live venue – along with various guests – and chatting about movies. That's a very loose chat about movies, as much as anything a launch point for spinning off into all manner of crazyness. The guests can be very well known figures – such as Sarah Silverman or Patton Oswalt – and that's because it's a great show. It includes a regular segment where he reads a review of a movie and the guests have to guess the name of the movie in as few named members of the cast as possible. They also tackle the weighty issues of our age, too – such as what is the best Will Smith movie ever made. Being recorded in front of an audience really adds to the show, too, with plenty of banter between the cast and those around them, including plenty of heckling of movies the crowd doesn't like. 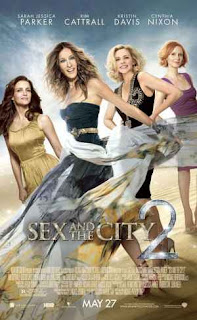 What kind of crazed madmen would watch Sex And The City 2 over... and over... and... oh, here's our next podcast, below

The Worst Idea Of All Time

The central hook of The Worst Idea Of All Time is... well, isn't that self-explanatory? They like to come up with awful ideas and go through with them. How awful? I'll confess I couldn't bring myself to listen to the latest episode – because they decided to make a five-hour long podcast. That's a pretty awful idea, right there. I listened instead to one of the earlier ones, in which surely they couldn't do anything crazy. I mean, surely they wouldn't do something horrifying like watch the Sex And The City movie and then talk about it? No, not at all. They talked about its sequel instead. And they have talked about it over and over and over. Each week, they watch it together, unearthing new ways to marvel at the lack of acting ability from Sarah Jessica Parker. Each week. More than that, the episode that I listened to featuring this discussion during a podcast recorded while they went for a walk with the two hosts, Guy Montgomery and Tim Batt, huddled over a microphone as they made their way along New Zealand streets and while doing their shopping in a local supermarket. The hosts share the audience's general astonishment at the wisdom of the things they are doing, and it makes for a splendid listen. I'm still not sure about that five-hour show, though.

Living up to its name, this is the post-show chillout podcast to listen to, where host Chris Revill invites comedians onto the show to discuss comedy in general, the shows they're working on, the people they admire and so on. This is not presented as an out-and-out comedy show – though there's plenty of wit zinging about between the host and his guests – but more as a very amiable chat. It's the kind of show to put on, put your feet up, and pop a beer to listen to, and gives a nice glimpse behind the scenes of the comedy circuit. I listened to the recent show featuring New York stand-up comedian Jimmy Le Chase, which touched on The Simpsons, comedians who manage to turn a negative audience around, and how the loss of his dog became something that Le Chase used in his comedy – a segment that proves surprisingly touching as you listen. When you're in search of a mellow listen with plenty of smiles, this is the one to turn to.

Got a podcast you think should feature in our review column? Leave a note in the comments or drop me a line on Twitter.
Posted by Leo McBride at 11:56