This article previously appeared in the Weekend section of The Tribune here.

EVERY November, writers around the world take part in the National Novel Writing Month challenge - known as NaNoWriMo. This week, we look at podcasts that help writers as they try to make the leap from initial idea to seeing their work in print.

For writers, the DIYMFA site is a treasure trove. The podcast section is just one part of this sprawling collection of resources and advice for writers. The podcasts themselves cover a wide range – but perhaps the best of them are the interviews with various authors. Rather than straightforward interviews, though, each takes a specific focus with regard to the process of writing. For example, there's a chat with Linda Fairstein, author of the Alex Cooper series and a former Manhattan prosecutor. She was chief of the Sex Crimes Unit in Manhattan which inspired the Law And Order SVU series – and she talks about bringing your setting to life. She speaks about adding little details of history to your writing to make the setting a vibrant part of your novel. She also chats about how you go about getting access to locations so you really know what you are describing – and the persistence that is sometimes needed in order to get through that door. There's a real focus on the process of writing and creation here, and it's full of useful advice.

In the same vein, there is the Worried Writer site – the blog site of author Sarah Painter. As she says on the site, fear of failure (and success... and everything) stopped her from writing for many years, and the Worried Writer site is her way of paying back all the support and advice that helped her overcome her self-doubt. There are guides, pointers and more here – and the podcasts are a delight. I listened to the recent one featuring the splendid Catherine Ryan Howard chatting about her process of writing, who advises: “The more you write, the more you want to write,” but then freely admits that she often leaves things until the last minute before getting the bulk of the work done. She also chats about the way she plans her writing, and how she deals with editing of the finished work. It's great to hear that perspective on the writing process. She also talks about the differences between self-publishing, which is where she started out, and traditional publishing, under which she has her first book coming out next year. She is very open about it, including how to deal with bad reviews, and it makes for a splendid listen – if a little long at a little over an hour. 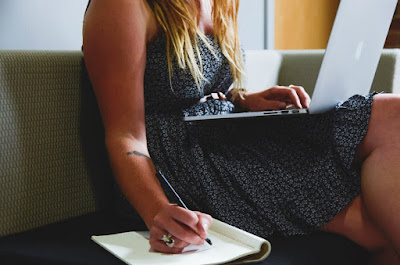 Planning or pantsing is often cited as the two strands of writing - setting out your planning in notes or flying by the seat of your pants and working out the plot as you go.

This podcast may have come to an end this summer - but its archives are full to the brim with useful information. Its last episode was a straightforward interview with author Chris Hite - who was published for the first time in the Dimensional Abscesses anthology earlier this year. It's a good interview - with his father, Jeffrey Hite, part of the Get Published podcast team - in which he discusses what the biggest challenges were in going through the process of having his story edited and what inspired him to do it, as well as that determination that authors need to "just keep going". Often you'll find interviews with authors who are well established, but this is a chance to hear the rawness of the process from someone discovering it for the first time. Late last month, producer Michell said it was time to end the podcast - but don't let that put you off investigating, the episodes that are there are a treasure trove - and who knows what future plans will come.

Got a podcast you'd like to see featured in the column? Send me a tweet at @chippychatty.
Posted by Leo McBride at 13:14