How I failed NaNoWriMo gloriously... and why I'm very ok with that 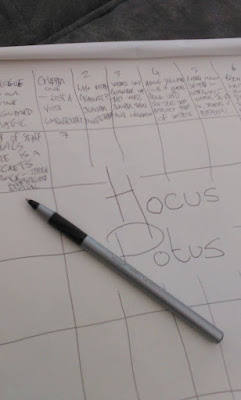 The start of early notes planning out Hocus Potus, my NaNoWriMo novel

WE'RE not far past midnight as I type this, a midnight that doesn't just see one day tick into another, but the month page turned on the calendar too. November is gone, and with it NaNoWriMo.
Back at the start of the month, I sat down and joined in with the goal of writing 50,000 words of a novel while November's page still hung on the wall. I wasn't alone, by any means. NaNoWriMo is a global phenomenon and these past few hours have seen many of its participants scribbling urgently away trying to reach that target - or joyously ringing the bell to say yes, they had done it, target achieved, novel written. Among those is a fellow author from the Tales From The Tavern anthology, Matthew Harvey, who muttered after reaching his mark that on Sunday he "had done basically nothing except write" as he surged towards his winner's badge, before raising a well-deserved glass of brandy.
I have fallen a long way short of that - and you know what? That's all good.
My measure is about halfway at the end of the month. There's reasons why of course. A pesky flu in the finishing straight and a bunch of edits I wanted to clear out of the way so I wasn't selling them or the novel short by turning double duty. There's always reasons. And... it doesn't matter. It's fine. Because I've got a whole bunch of stuff that I wouldn't have had if I hadn't tried at all. 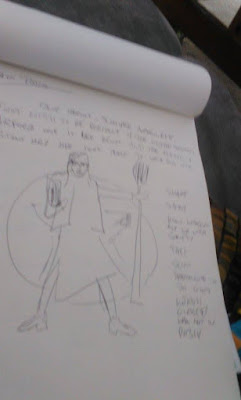 I have a novel that is begun, that I'll continue to work on and which I think has some game to it.
And for that, NaNoWriMo, I thank you.
Posted by Leo McBride at 23:08