A Q&A with author Alei Kotdaishura

Inklings Press speaks to Mexican writer Alei Kotdaishura - one of the authors featured in our Tales From The Tavern fantasy anthology. 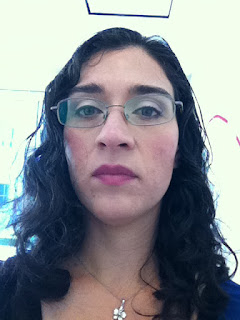 Well, I was the last one to join the group and I almost missed it! Ricardo had told me about the project, but I wasn’t really sure whether I could actually write something theme-specific and with a limited word count. Also, I hadn’t written anything but work-related documents for almost six years, so I was a bit unsure of whether I could still write fiction. This project helped me to get in touch again with my creative side.

That’s the beautiful part of living in this era. Internet connections actually make things easy and you can catch up either by phone or via PC. I think the hardest part was the difference in time zones, but having a common forum made everything easy to keep up to date.

Location per se has not been part of the inspiration, although maybe the culture has. We see hear so much outrageous and absurd news in Mexico that it’s not surprising if we become rather cynical and tend to make jokes of what we see and hear every day.

As part of my inspiration I’ve always been a fan of the fantastic genre, be it urban, high or epic fantasy. In fact, some of my favorite authors of the genre are Terry Pratchett, David Eddings, Patrick Rothuss and Cornelia Funke, although I do feel a bit bothered about the current tendency of writing sagas instead of self-contained books. I also get some inspiration from ancient myths, D&D role playing games, RPG videogames and Japanese manga.

I’ve been writing on and off since I was about eight years old, but I started writing actual stories until high school, and even fanfics for a little while, although most of my stories have never been shared with anyone aside my closest family. The opportunity to actually become published was so far from my mind I still can’t believe it.

Well, this was the first time I wrote comedy. My sister has always complained that my stories tend to have bad endings so I had to make an effort to have a plot twist while avoiding bad endings and I am rather proud of it.

There is a phrase in Mexico that we are told a lot during history classes: “History is made by those who tell it”; meaning that even if you hear the official version of a story, it doesn’t really have to have happened that way. I used this as inspiration for my story, making fun about the clichés and tropes we read, for even though I love the fantastic genre, most stories have young characters with rather similar traits that make finding innovative stories somewhat difficult nowadays.

I couldn’t choose just one. Each story has a different feel and focus within the same genre, so I’d recommend you read all of them.

Well, at the moment we’re working on a horror/mystery anthology for October. This is another genre I haven’t actually tried much. I’m familiar with Poe’s and Lovecraft’s works and I’m currently reading Stephen King’s It as part of my research, but I’ve never really been scared with horror stories, so this is a new challenge for me.

There are other projects coming along, so keep in touch!

Alei Kotdaishura has her story, True Story, published in Tales from the Tavern.

Tales From The Tavern, featuring stories by Leo McBride, Brent A. Harris, Alei Kotdaishura, Matthew Harvey and Ricardo Victoria, is available on Amazon here.
To find out more about Inklings Press, visit http://www.inklingspress.com/