Devil in the detail: 5 things about Daredevil episode one 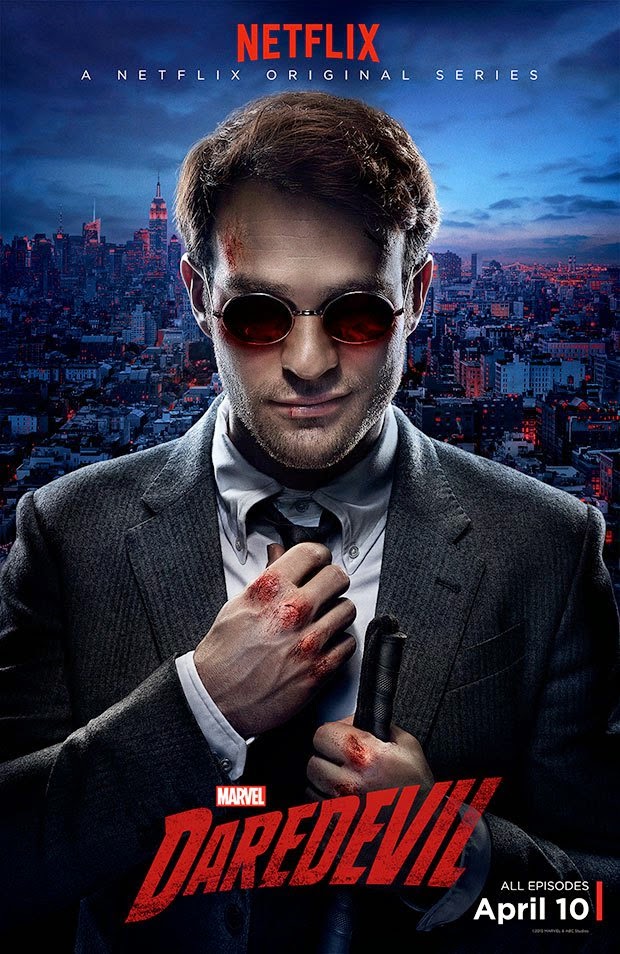 SPOILERS for episode one of Daredevil but not for any further into the series.

Daredevil has landed on Netflix - and in one fell swoop it's put doubts to rest about what a Netflix version of the Marvel universe would look like.
It's also full of little details to geek at and ponder over, so here's a quick pick of five points worth consideration from the opening episode, Into The Ring.

The need to confess
The episode opens - after a quick flashback to the moment when a young Matt Murdoch lost his eyesight - inside a confessional. There's an old Punisher comic which this scene reminded me of. In that, the Punisher tells the story of how he came to end up in a confessional and it doesn't end up well for the priest, who turns out to be the man he's hunting. For a moment, I thought that was the way this was going, because the scene is filled with plenty of menace. More than that, listen to the stillness in this scene. That sets the tone for throughout the episode on a lot of occasions. The sound level is important throughout - stillness punctuated by loud, abrasive action, and a sense of Murdoch trying to control his environment whenever possible. See the scene where Murdoch talks to Karen Page after taking her to his apartment for safety, and he talks slowly and quietly, minimising distractions, before asking her the question he needs to pay close attention to her heartbeat over, to see if she's lying.

Everything connects
"The incident". So that's what we're calling what happened to New York in Avengers. Or at least that's what the estate agent trying to rent out a humble property in the heart of Hell's Kitchen calls it to Nelson and Murdoch. And we've had our first crossover with Agents of Shield already! Albeit in the form of an old poster advertising a fight between Daredevil's father and Crusher Creel - the Absorbing Man - who made an appearance in two episodes of SHIELD at the start of the second season.

Don't mess with the mob
Throughout its laboured first season, Gotham has made much of the build-up towards mob war. But in the meantime, darn it if mob warfare hasn't seemed so civilised. Mobsters and meetings,  Daredevil sets a much more forceful tone inside a single montage sequence, where loose ends are tied up forcefully and determinedly. Some of these loose ends have been characters better drawn in their few moments than others who have had whole arcs set up for them over on Gotham - yes, I am talking about Barbara Gordon - but they are disposed of here in a blink, all to tell us something about the ruthless character of the man behind the scenes, the Kingpin.

Blindness isn't just a gimmick
Many a time in the comics, Daredevil's blindness has been treated as a gimmick. After all, he has powers that more than compensate. Here, it's integral to the character's life and noted by those around him, be it in his phone bleeping out the name of the caller as a ringtone because he can't read the screen, or the slightly gratuitous moment of Karen Page changing her shirt in front of him after a moment of thought passing over her face as she thinks well, it doesn't matter if I turn my back, or that he lives across from a giant billboard with a video advert of Xining Airways playing - I doubt that's the last time we'll hear that name, by the way. There's thought put into how blindness affects Murdoch's life - and it'll be interesting to see how that develops in future episodes.

The bad guys win
Marvel's TV shows have hinted at the aftermath of what happens in the wake of the actions of heroes. "Why do we care? Every time one of these guys punches someone through a building, our margins go up 3%, we should be celebrating," says one crook here, while what Daredevil does achieve here is treated like writing off a bad debt, along with the written off employees that go with it. Over on Agents of SHIELD, the show really became a winner after focusing on the aftermath of the Winter Soldier movie. Are Marvel's movies about the battles, its TV shows about the consequences?

I've only watched episode one so far - frankly, there was such richness to the show that my initial plan of binging through the series has been set aside to watch at a slower pace and savour what's happening. I'll return for more Devil in the detail as the series goes on.
Posted by Leo McBride at 10:10