The novel: a work in progress 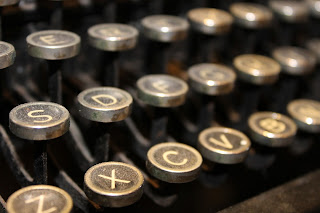 And so the novel continues. Spurred on by the wonderful nanowrimo - and seriously, if you've ever wanted to write a novel and never visited the wonderful www.nanowrimo.org then you're missing a trick - I'm getting back into the world of my novel, Fresh Blood, and aiming to finish it off.
I'm around the halfway mark - all major characters bar one have been introduced. Our hero, Nathan, is investigating a series of murders, but something strange is afoot: he is having visions of the murders as they take place. Each night, he wakes from a dream where he sees things through the eyes of the killer. Each night, he grasps at the memories of that dream to try and find a clue, a hint that will help him track down the killer and, for his sanity's sake, prove that these nightmares are real. Each day, he tries to match those clues to the real world, before the killer strikes again.
He doesn't understand why this is happening to him. But there is a reason. A reason that will change his world forever.
Watch for updates here or on my Twitter, over @chippychatty. Nathan's story is getting closer to its finish.
Posted by Leo McBride at 11:59