Of Tentacles And Terror - meet the team behind Twisted Anatomy, a body horror anthology

Hi there, and welcome to Altered Instinct! For those not familiar with Sci-Fi & Scary, I must say I first encountered your crew over on Twitter, full of a love of horror and sci-fi, with oodles of reviews and a passion for things that make you squeal. But the reason we’re chatting here today is because you’ve got an anthology coming up – Twisted Anatomy. 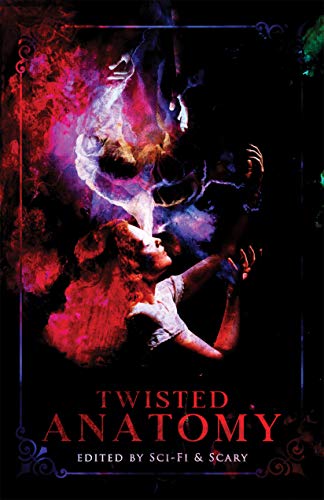 So, this is your first charity anthology – so tell me, how did it first come slithering into being?

It all sprung from a conversation between Lilyn and Laurel Hightower on Twitter about vagina tentacles (hey, you asked!) and it all kind of snowballed from there.

You’ve recently finished the submissions process, along with notifying authors of acceptances and rejections – how was that process?

Some of it was easy because while some stories were great, they just didn’t quite fit the theme of the anthology. Which, you know, body horror is a super-specific niche so that was fairly easy. It really got hard when we got to the winnowing down phase. We all had some stories that we were willing to go to bat for. So that was a little hard to do.

Tell me, how did you decide on the charities you’ve decided to support?

Pulmonary Hypertension Association affects Lilyn’s daughter Monster and it’s very important to us. Domestic abuse still holds such a stigma for those reaching out for help and various reasons can keep a person trapped in life-threatening situations. The Domestic Abuse Hotline helps people find resources from trained sources and we want to help with that.

How did you settle on the theme for the anthology?

Well, mainly with Lilyn and Laurel’s Twitter conversation about nether tentacles. And really, body horror may be niche but it’s kind of niche for a reason. People are afraid of their bodies betraying them and body horror digs deep into that fear, bringing real issues and fears to light in a multitude of ways.

What was the most surprising thing about the process so far – has it been the response so far? Or perhaps a story that took you by surprise and made the hairs on your neck prickle?

We were very surprised by the number of responses we got, for sure. Body horror is such a niche sub-genre to start with and, honestly, we were flattered that so many authors put their trust in us. Especially since this is our first endeavor with it.

Without giving too much away, tell me a little about the stories that are going to feature – but let’s do it a little differently, tell me four movies that evoke the spirit of some of the stories in the book.

I would have to say The Fly, Videodrome, RAW, and Bug might be close to a few of them. 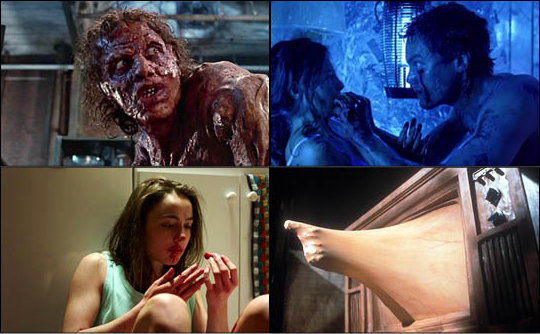 What publication date are you aiming at? And has it stirred your appetite to do more?

Twisted Anatomy is up for pre-order right now with a publishing date of February 19th, 2021. It has definitely created a stirring to do more. Sam and I are interested in possibly doing a Gothic/Haunted House\ themed one but that will be far in the future once we recover from Twisted Anatomy, lol.

Where will be the best place for people to find out more about the book when it lands?

You can keep an eye on our site, our various Twitters (included at bottom) and we now have a Youtube channel (Sci-Fi & Scary) where we have some stories featured from Twisted Anatomy and some original fiction.

One last question, a traditional one here at Altered Instinct - what are you reading at present, and what is the best book you’ve read in the past year?

That’s hard to say with so many people working with the site but we can tell what our personal favourite stories from Twisted Anatomy are:

Olly - Just Beneath Her Skin by S.H. Cooper 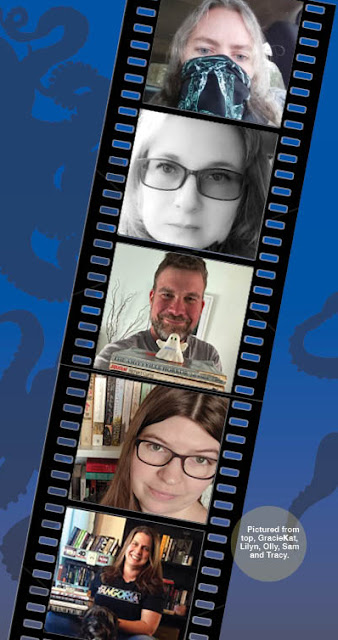 You can find out more about Sci-Fi & Scary at https://www.scifiandscary.com/ or on Twitter at https://twitter.com/ScifiandScary. The team also has a YouTube channel at https://www.youtube.com/channel/UCVqVK4B3hZHfKqos1Qadqtg