It's been a while since I've had a catch-up on book reviews, so here's what I've been reading lately. I've also had a binge on some better known graphic novels, Sandman and Ex Machina, but skipping reviews on those for now. In the meantime, I'll start with the book that kept a smile on my face in the middle of some pretty bleak times after the hurricane that affected islands just north of here recently. 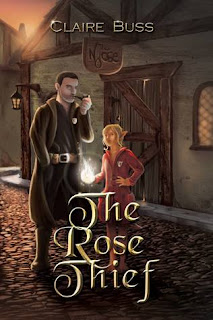 The Rose Thief, by Claire Buss
Warm, witty and utterly charming, The Rose Thief is a true delight.
It follows the story of Ned Spinks, a Thief Catcher, and his assorted associates of magic wielders and otherworldly creatures. He has one particular thief to catch - the one who is stealing the Emperor's roses.
Oh, and there's one special rose that is particularly at risk - a rose that is imbued with love itself. If ever that is removed, then love itself shall vanish from the Empire.
Written as a Pratchettesque comedy - laughs with deeper meaning too - this is a real treat. There are deadly mermaids and vicious fairies, unlikely romances and plentiful snort laughs. It sometimes gets a little bogged down in the later part of the story with getting us to the finale, but that's the only negative I could say.
More than that, though, it really does ask some pointed questions - such as what if love were to disappear, what would that mean? How could the world go on without love?
I read this book at a really rough time in life - and it put a smile on my face when it was hard to find things to smile about. That alone gives it my recommendation.

The Rose Thief is available on Amazon here. 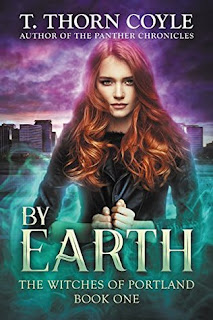 By Earth, by T Thorn Coyle
Witchcraft, ghosts and the supernatural - yet strangely enough these aren't nearly as important to this story as modern day social issues.
Cassie is a witch and Joe is a working guy getting over the pain of the death of his girlfriend. Cassie is struggling with issues of bad landlords and tenant unions, while the cost of healthcare in the US looms large for Joe. Both these issues - and the slowly building relationship between Cassie and Joe play a bigger part in matters than the magic, and so the supernatural elements feel almost tacked on at times, coming into play as the mystery of what happened to Joe's journalist girlfriend plays out.
There are a lot of authentic elements - the Portland setting feels genuine to me as a reader - but the mystery doesn't feel deep enough, and the resolution comes a little too easily for me.
That said, it's an easy read, and blends social justice issues well into the narrative. It wasn't for me, but I can see other readers will adore it.

AI Rating: 3/5
By Earth is available on Amazon here. 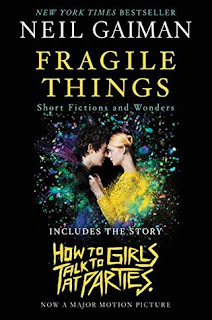 Fragile Things, by Neil Gaiman
Here's a thing: I really love Neil Gaiman's work.
I mean, that's hardly likely to be a shock - just about the whole world does these days, it seems. Good Omens (co-written with Terry Pratchett) has finally had the adaptation it deserves. American Gods is much loved. Sandman is coming to Netflix. He's an award winner, and all the etceteras.
I first really fell for his work with the TV adaptation of Neverwhere, then Good Omens and his Babylon 5 script, and he has a way of pouring magic into his words, to make them haunt you.
Which makes me feel all the more surprised that I was left cold by much of this collection. Every writer has their tics, their themes that they return to, but to have them recur so often in a short space highlighted them here. The casual and almost bored sex, the going-through-the-motions flirting, the self-conscious narrators... it soon wore me down.
The best story by far is the splendid A Study in Scarlet - a mash-up of HP Lovecraft's monsters and Sherlock Holmes, with a delightful twist by the end. I will confess I enjoyed the graphic novel version of this a little more (available separately) but it's a damn fine read.
The rest? Well, they're often more fragmented things than fragile ones. Incomplete or insubstantial too often. A case in point is The Facts In The Case Of The Departure Of Miss Finch - a story built around an odd night out at a circus with Jonathan Ross and Jane Goldman who bring along the titular Miss Finch for Gaiman to flirt with. The story is told as they go from room to room of the circus, seeing peculiar things that have loose ends left dangling, only for Finch to then vanish. Something then happens that's odd, and unexplained, and the story ends. That's it.
There is a regular sprinkling of magical moments from Gaiman - even in these snippets, he has a turn of phrase that sometimes takes your breath away, but really this is a collection more for the devoted fan of his rather than the casual reader. And as someone who has really been bewitched by his work in the past, I find it really surprising that it wasn't for me. 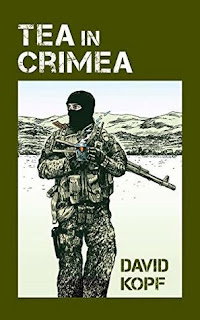 Tea in Crimea, by David Kopf
This is a very timely tale given the politics of the moment.
David Kopf takes the Russian annexation of Crimea and turns it into a fictionalised account - giving us a view of the events as it might have been seen from those who lived it.
Impeccably researched, Kopf shows us the chaos at the ground level from those reacting to the sudden appearance of Russian troops, and the machinations of those troops to appear to be unofficial militia.
It reminds me somewhat of Year of the Gun, the 1991 John Frankenheimer movie depicting a journalist observing the events leading up to the death of Aldo Moro in Italy.
Here, that culminates in unexpected alliances as people try to stay alive in an uncertain time, facing new borders in a country they thought was their own.
There are no easy conclusions, no simple answers - but as the consequences of this real-world event are still playing out, that's of little surprise.
For those trying to understand what happened in the Ukraine in 2014, this really humanises the story and gives a sense of why it still so very much matters today.

Tea in Crimea is available on Amazon here. 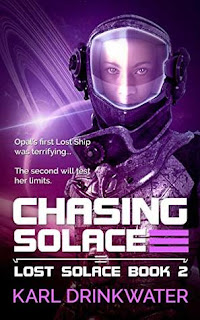 Chasing Solace, by Karl Drinkwater
This sequel to Lost Solace picks up where the horror of the first book left off. Lead character Opal is hunting for her sister, lost in the universe - and that means trying to find answers in the Lost Ships, strangely monstrous vessels that seem like haunted houses in space.
The first book had plenty of horror, this book layers on the grotesque, for the ship she has to explore this time is a space abattoir, slicing up giant pieces of meat for the galaxy's consumption.
The channels of the ship run red as she makes her way through the charnel house with only her artificial intelligence vessel as a companion - until she comes face to face with her equal, an assassin with an AI ship of her own.
One by one, all of Opal's assets are stripped away - leaving her trying to survive alone in the most dangerous of environments.
I enjoyed this - though it took a little while to get to the literal meat of the story. I slightly preferred book one, whose ship was filled with a little more of the unexpected, but this is still a solid piece of sci-fi horror.
I compared the first book to the movie Event Horizon - and that holds even more so here. I look forward to whatever horrors await in future. 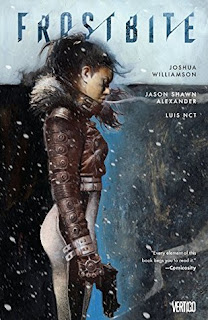 An icy Mad Max world, full of betrayal and lives spent cheaply. A nice sci-fi tale that neatly tied up by the end. Some of the art seems to be Bill Sienkiewicz inspired too - especially the bear!
The world is well realised, with people huddled in cities trying to stay warm against the advance of a frozen world unleashed by a science experiment gone wrong. Then there's Frostbite, a disease that slowly turns people into ice - a process that speeds up whenever they try to stay warm.
It's nice to see the time given to a story in comic book format that doesn't have superheroes, doesn't have established characters - and which has a good story to tell.
It is, in short, cool.

Frostbite is available on Amazon here.